Buffer, a software company with the hard-earned reputation as the king of social media content, recently released its top 25 social media SlideShares. The hundreds of slides contain tons of information about Twitter, Facebook, and all of our other social media favorites. Of course, you probably don’t want to take the time and sift through all of that information. That’s why we did the hard work for you. Here are the top 10 gems from all of Buffer’s content about social media:

1. An infographic guide to hashtag jacking

If you’re anything like me, you have some friends who don’t take social media very seriously. (Let’s just say that there are more dad bod pictures in my newsfeed than I would like.) As a result, it can be hard to tell the difference between the hashtags on Instagram that my friends use a lot and what’s most popular on Instagram in general.

This chart will help you see the broader picture and understand which terms will get your company the most attention from the largest audience, whether it’s #picoftheday or #swag. ‘Gram on. 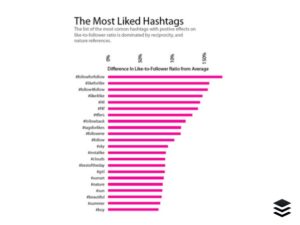 When you send out your post will determine what percentage of your audience sees it. This timesheet highlights the moments when you’ll get the most eyes on that pristine copy you spent so much time on.

3. An explanation of the burrito principle for social media sharing

Sadly, this is a not a rule stating that all of your social media should relate to tasty, tortilla-wrapped Mexican food. Instead, it explains the key times to reach out to your audience. While the concept is simple, a more detailed explanation can be found on Beth Kanter’s blog. In the simplest terms, the burrito principle states that you should try to reach your followers when they have the most time on their hands—like at lunchtime, when they, y’know, might be eating a burrito. Get it? 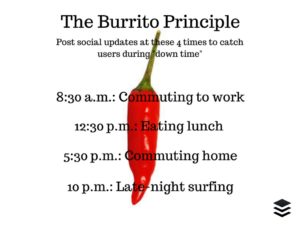 Understanding what makes a great Twitter personality can seem impossible. Seriously, how does Kim Kardashian get over 1,000 retweets for just writing “morning jog“?

These tools and apps are all a great way to more fully understand what makes a strong social media strategy. For example, Daily 140 sends you a daily email containing the most recent favorites and follows of five Twitter users that you choose. If you want to be more like digital marketing consultant Seth Price, then it’s highly useful to know what he’s interested in on Twitter.

If you want to be more like Kim Kardashian, then I have no words for you. 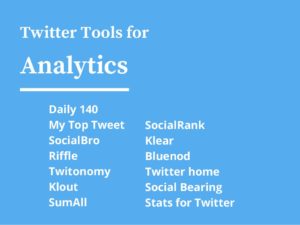 5. A compelling case study for building an online community

Building an online community for consumers is a pretty common piece of advice for marketers. What’s not typically discussed are the cold, hard facts that back this suggestion up. “Will It Blend?,” an immensely popular social media campaign by Blendtec, is the perfect case study. Blendtec decided to create cheesy, infomercial-style videos that showed their product blending the crap out of anything. And how did they decided what to make into a smoothie? They reached out to their audience for suggestions, and the results were pretty amazing. “Will It Blend? — Glow Sticks” has over 11 million views and 7,500 comments. As the slide below says, that’s more eyeballs than big brands like Dove and Pepsi typically get. Spoiler: It blends. 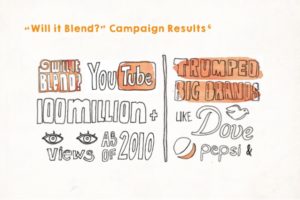 6. A reminder to find the key 20 percent of activity that generates 80 percent of your revenue

It’s important to remember that your company should not be everything to everyone. You want to grab the small number of people who will become true ambassadors for your brand. For those of you who like to use fancy terms, this concept is known as the Pareto principle—or the 80–20 rule—and it’s something that’s always important to keep in mind when planning how to reach out to consumers. 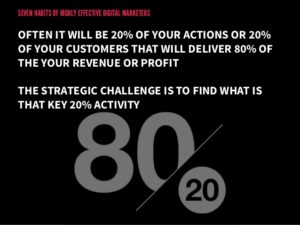 7. How to cross promote Snapchats

While Snapchat is a great, fun way to reach out to your followers, the impact of your message is fleeting. A Snapchat can only be viewed for a few seconds, and then it’s gone forever. Or is it? If you screenshot your message, then you can post the image on Facebook and Twitter. And if you want to screenshot a snap your brand has received, use an app like Snapbox and Snapspy that lets you screenshot a Snapchat without its sender receiving a notification. 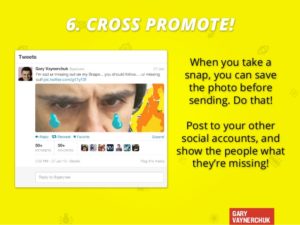 8. A guide to magic words that’ll improve your credibility

How can you describe your company in a way that makes you seem more trustworthy than the competition? As the late ad executive John Caples notes earlier in the slideshow, “The most frequent reason for unsuccessful advertising is advertisers who are so full of their own accomplishments that they forget to tell us why we should buy.” People won’t be compelled by the fact that you’ve won a ton of awards. However, they will be drawn in by the fact that your product will improve their chances of getting a date by 50 percent. The former is bragging about your business; the latter shows how the action will benefit the customer. 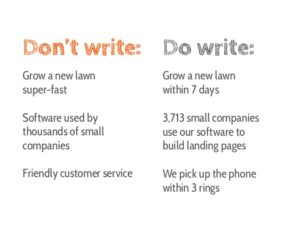 9. A chart that’ll help you double your blog traffic

As Gary Vaynerchuk has said, “Content is king, but distribution is queen and runs the household.” This chart shows how creating a simple sharing schedule will double your traffic. Tools like CoSchedule, the social media editorial calendar for WordPress that’s mentioned earlier in the SlideShare, are great ways to start reaching a larger audience with a few well-timed posts on Twitter and Facebook. 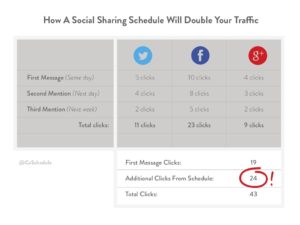 10. A list of the most shared brands on Facebook—and why they work

As sad-eyed singer Lana del Ray once sagely tweeted, “Find someone who has a life that you want and figure out how they got it.” The same concept applies to companies. If you want a ton of shares on social media, then try to take nots from big dogs like MyFitnessPal and Glassdoor (and, of course, Buffer). You don’t want to be a copycat, but chances are, there’s a lot you can learn from how they package information and tell stories. 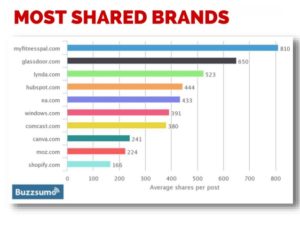